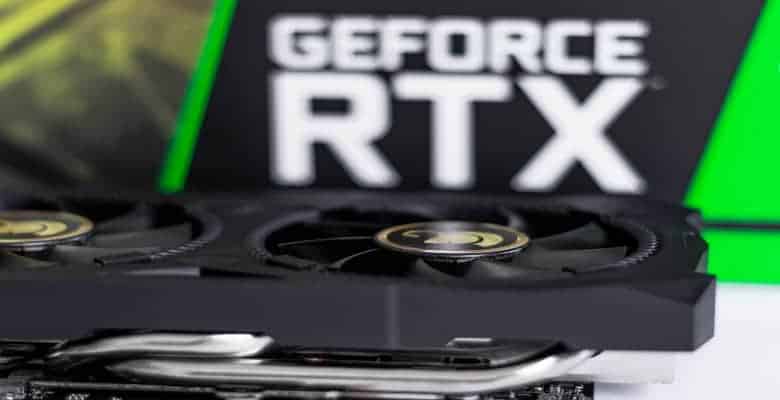 The quietest 1080 Ti graphics card should give you the best performance while at the same time maintaining silence. If you’re a gamer or a miner, you’d want the best graphics card that will allow you to stream or mine quietly even in the dead of night.

The quietest 1080 graphics card on my list of reviews is the Asus ROG Strix GeForce® GTX 1080 Ti which gives 0 decibels when under average load- when the fans aren’t spinning much like quiet 1070 cards.  In this review, I’m going to discuss in detail the most noiseless 1080 Ti cards. (Also read: quiet table saw)

Asus is a company that doesn’t any introduction especially in the computing world. This Taiwanese company is among the leading manufacturer of Smartphone’s, computers, peripherals have and much more.

This card belongs to the Republic of Gamers brand and follows the design concept of the other RoG- graphics cards. It’s fitted with three super quiet dust resistant fans that, in conjunction with the massive heat sink makes this card of one of the best-air cooled options out there. (source)

This card resembles other ROG graphics card. The card boasts a black exterior, an extensive RGB lighting, and a metal backplate. While it may not be the best minimal design, it’s sure to fit well in most configurations.

The graphics card utilizes Asus’ AuraSnyc lighting which is one of the most versatile light out there capable of displaying full-color spectrum. It also comes with six distinct effects.

This card is designed with a 2.5 slot width- this allows for a 40% more heat sink surface compared to the previous 2-slot design models.

The card boasts 0decibels (dB) technology that stops the three fans when the GPU temperatures are below a set level, therefore, allowing you to enjoy light gaming in total silence.

The next on my list of quietest gtx 1080 Ti designed by MSI, one of the leading hardware manufacturers. Just like its name implies, this card is equipped with three fans to offer the best cooling solution.

These are not your typical regular fans- instead they are high-quality Torx 2.0 fans fitted with double bearings that provide optimal airflow allowing the card to operate quietly even after years of use.

The Gaming X Trio is slightly different from the usual graphics cards from MSI. It doesn’t feature the standard aggressive colors as with other MSI cards, but instead its dark-colored grey and neutral black exterior with slight red highlights which blends nicely with most configurations. The backplate boasts an RGB strip and a backlit logo.

The TORX 2.0 Fans generates 22% more air pressure compared to regular fans, and this contributes to the graphics card overall quietness. The fans only start spinning when the temperatures are above 60 degrees during intense gaming sessions. (source)

You can also download the MSI Gaming App which allows the user to optimize the card in three different modes:

How To Pick The Best Quietest 1080 Ti Graphics Card

Before investing your money in any graphics card, there are essential factors that you should take into consideration. Below are the most important factors to consider:

Because you’re on the hunt for the quietest 1080 Ti graphics card, noise levels should be given the top priority if you genuinely want a quiet one. There are two types of air-cooled graphics cards- triple and dual-fan cards. By default, triple-fan cards are much quieter than dual-fan cards.  All the graphics cards in my review list all have three fans.

Graphics cards are either liquid or air-cooled. However, I’ve opted to include air-cooled types in my review because of their reliability and also because they tend to be quieter than liquid-cooled versions.

The next factor is hardware compatibility. You will need to ensure that the graphics card will work with the CPU, motherboard, and the power supply.

For the motherboard, make sure that the graphics card has the required PCI 3.0 slot. But because it’s the most standard today, at least every motherboard is equipped with one.

In addition make sure that your CPU is powerful enough for the particular graphic card- otherwise, a weak CPU will bottleneck the graphics card.

The recommended PSU power for a 1080 Ti quiet graphics card is 600W, and most of the cards are rated around 250W. However it’s important to note that the power drawn will significantly increase with overclocking- therefore a 600W power supply is more than enough.

Each GTX 1080 Ti comes with at least one HDMI port, DisplayPort, and a DVI-D port. So which connection are you going to use?

DVI is almost an outdated technology which doesn’t support 4K/UHD and cannot transfer sound. On the other hand, HDMI and DisplayPort are the most popular options with Display Ports preferred for monitors while HDMI is preferred for TVs.

The length and width of the card matter a lot.  The length plays an important role when it comes to fitting the graphics card inside the computer case. Normally, a 1080 Ti card will tight fit in a Mid Tower case.

The width only influences how the card will fit on the computer motherboard. Because of the massive heat sinks, these graphic cards can take up two or three slots. It’s important to keep this in mind, especially if you have another PCIe cards installed.

All GTX 1080 Ti’s on the market are essentially the same. All versions have identical Nvidia GPU, and the only difference between cards from different manufacturers is the factory clock rates, the quality of the cooling and visual appearance.

Therefore, it’s up to you to decide which one fits your budget and needs in terms of overclocking ability and aesthetics. But in terms of performance, they are all almost the same.

The quietest 1080 Ti in my review list is ASUS ROG Strix, which gives 0 decibels of noise when running non-demanding computer games. It’s also one of the most powerful graphics cards in the 1080 Ti market. (Also read: quietest garage door openers)