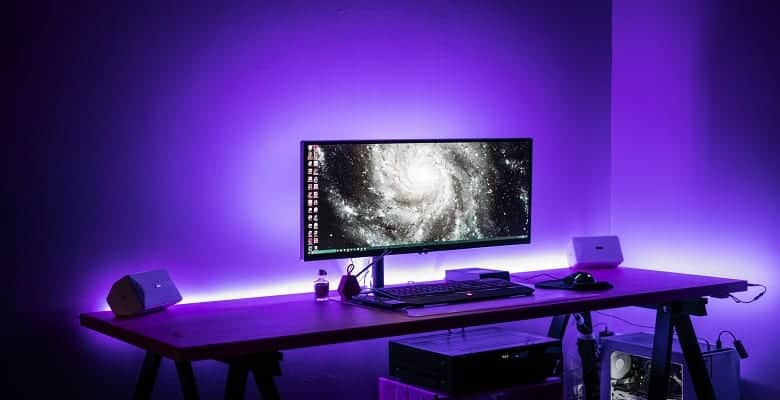 The quietest GTX 1070 graphics card will enable you to play games on your computer without unnecessary noise interruptions. A noisy graphics card can make it impossible for you to communicate with other teammates in a multiplayer gaming environment. GTX 1070 are the predecessors of the GTX 1080 graphics cards.

Not all graphics card are equal. Manufacturers have taken extra steps to make their graphics cards versions the best, and GTX 1070 is no exception. The GTX 1070 is one of NVIDIA’S cards and one of the best amongst gamers.

In this article, I’m going to review some quiet GTX 1070 card you can get on the market today for silent gaming.

What to consider when buying a silent GTX 1070 card

What is the best silent GTX 1070 card? Well, the answer to this question depends on several factors and what you value the most. Below is a guide on what you should consider before investing your cash on a GTX card.

I’m a hardcore gamer, and I agree with you that we all hate unnecessary interruptions when gaming. A noisy graphics card will not only interfere with how you communicate with your friends but also affect your overall gaming experience.

All graphics cards in my review below have a noise rating below 40 decibels, which can be compared to a quiet office. The most silent on my list is the EVGA GeForce GTX 1070 which is rate 33decibels and 30decibels when under load and idle respectively. Also read my review and guide on quietest hard disk drives.

The size of your motherboard and case are the limiting factors.  Small cases require small GPU, and most versions require at least two motherboard slots. So it’s important to confirm that the card will fit before buying.

If you have a small case, you should make sure that there’s enough airflow because heats tend to build up in small cases even when you have the best GPU fan installed.

A powerful GPU is good, but one of its greatest downsides is noise. The EVGA 1070 FTW addresses the noise problem thanks to its ultra-quiet fans. The fans produce 33 decibels when under load and 30dB when idle.

Even though these fans are super quiet, they do a fantastic job in ensuring the unit stays cool. When under load the temperatures spike at 75 degrees maximum. While these temperatures are a little higher than you’d like, they won’t cause any problem when coupled with a good cooling system.

The card gives sufficient moderate performance, which can be boosted when overclocked. The base speed is 1607MHz but can reach up to 1927MHz when boosted with a few tweaks.

While it’s more powerful for any 1440p gaming, this card might not run smoothly for more demanding 4k games. It can reach up to 60 frames per second at 4K resolution in some games such as Dirty Rally.

The MSI Gaming GeForce gives 40 decibels when under load. While it’s not the quietest graphics card on my list, it’s the best in terms of performance.

The unit comes pre-overclocked, but as usual, there’s always a room for some improvement. With some bit of tweaking, this card can give up to 2080MHz performance, which is 72% improvement.

The 2080MHz is enough to run some more demanding 4k games with 60 frames per second hence making it one of the best quiet GTX 1070s on the market.

The fans are one of the best, improving airflow by 22%. The fans remain passive until when the GPU hits 60°, but the card itself rarely exceeds this. It one of the noiseless graphics card available. When it’s under load, the fans only produce around 40 decibels, which can be compared to a quiet office space.

Compared that MSI is more affordable than the Founder’s Edition, there’s no doubt why it’s more popular among gamers. You get more power, less noise at an affordable price.

In addition, this graphics card can display millions of colors and up to six distinct effects making it one of the best gtx 1070 cards out there.

The card will stay in passive mode even when the temperatures spike up to 60 degrees (they rarely do). In passive mode the fans don’t spin. Its base cloak is about 1,607MHz, and the speeds can be improved up to 1683MHz.

Straight off the box, this graphics card gives a higher clock speed compared to the regular one: 1620 vs. 1506 MHz respectively. When overclocked, this unit speeds increases up to 1900MHz.

One of the main reasons why this card can attain such speeds is the addition of an extra fan. Even with the addition, the noise levels remain as low as possible.

The best part is that the fans can be configured to spin at certain temperatures. So when idle, this card will be actually quieter than graphics card which have fans running from the word go.

This unit also deals with heat more efficiently. Drawing less than 290Watts when under load and TDP of 182 instead of 150 and this saves you on power bills. Given that it’s only a few bucks expensive than the regular card, it can be economical in the long run. If you value efficiency and quietness, then this is one of the best GTX 1070 cards for you.

Because ZOTAC card fans don’t spin when in passive mode, they give 0 decibels and 40 decibels when they begin spinning making it one of the quietest GTX 1070.

Besides being quiet, this card is also built for power and performance efficiency. It uses the power of Pascal to meet the demands of modern displays, including ultra-high resolution, virtual reality, and multiple monitors.

For cinematic experiences and smooth gameplay, this features NVIDIA GameWorks technologies it’s highly affordable compared to the prices of other graphics cards offering the same performance.

Like earlier said, a quiet graphics card will enable you to game quietly and peacefully. You’ll never have to worry about noise interruptions even when recording gaming videos for your YouTube channel. The above cards will not only allow you to game in a quiet environment but will also give you the best performance. Also read my review on the [kkstarratings].